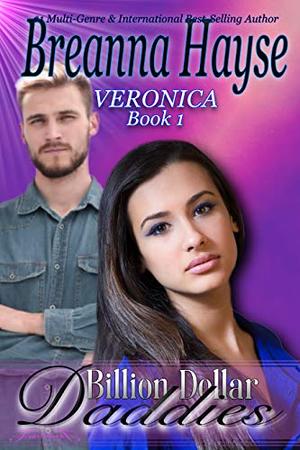 Six Daddy Doms? Are they insane?
How could she manage SIX men when she's never even had one?
For someone with significant social anxiety, the thought of becoming a Little Submissive to a police officer, a construction worker, a financial tycoon, a firefighter, an attorney, and an MMA (Mixed Martial Arts) Champion/Coach is overwhelming. The fact that they are incredibly handsome, strong, and smart and kiss with a passion that turns her into a puddle of girl goo is wonderful, but the problem remains.
Veronica isn't an Age-Player!
****
Veronica Haught's eyes are set on standing on the block for sale to the highest bidder. After four years of intense training at Graye Manor, her time to win a contract for her first Dominant, and hopefully a lasting relationship, had come! But when she's called into Master Graye's office, the rug's pulled out from under her feet in a single, devastating blow.
With only two months before the famous Cirque de Sade auction, Roni's informed that she's been selected to partake in The Guardian Program. The carefully vetted service caters to a unique lifestyle within the BDSM community that subscribes to the Age-Play dynamic. Coming from a background of childhood trauma, neglect, and abuse, the last thing Roni wants is to be treated like a child again- even if her future 'Daddies' were the most delicious-looking men she'd ever laid eyes upon.
****
Neil Vanderberg and his five foster brothers have been waiting for years for the right woman to join their close-knit family. They know that they can offer a life that promises to make her dreams come true but, even with the help of Dorian Graye, finding a special girl is difficult. She'd have to be one-of-a-kind... smart, beautiful, strong, and independent, be open to love and guidance and fill their home with mischief and laughter. She'd also have to possess a heart with enough love to help them heal from their own tragic loss.
None of them knew what would be waiting when Roni reluctantly agreed to give the family a two-month trial, but they are willing to do what it takes to show the young woman that being their Little Girl was more than just coloring books, eating S'mores, and riding Frisian horses. They truly believe that if Roni could trust herself enough to let go of the past, she'd find love beyond measure.
However, there's no way to prepare for when the past collides with the present or predict the outcome that a single, hasty decision can make in shaping the rest of their lives.

***This is Book 1 of the Billion Dollar Daddies: Veronica. The next book of the series will be released each month with The Bossman (Neil), The Lieutenant (Silas), The Enforcer (Taylor), The Executioner (Blaze), The Prosecutor (Drew), and The Protector (Atlas).
more
Amazon Other stores
Bookmark Rate Book