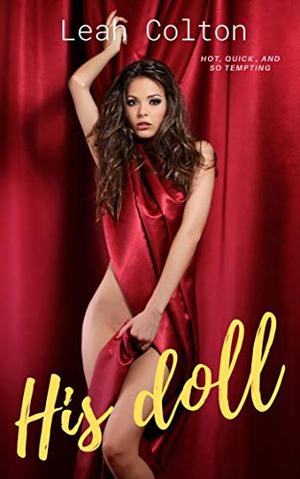 What kind of model falls twice on the runway?
Who cares!
The big boss, Ryan Adams, does.
He is furious with his employee's fall, and fires her in spite of her pleas for a second chance.
Being desperate to get her job back, Kayla Quinn makes a crazy move of tweaking her appearance to look like Ryan's dead girlfriend, Sharon.
But she is not alone. Someone else is also dressed up, trying to win Ryan's heart.
There can be only one winner.
Will Kayla succeed?
more
Amazon Other stores
Bookmark Rate Book

Similar books to 'His Doll'

All books by Leah Colton  ❯

Buy 'His Doll' from the following stores: