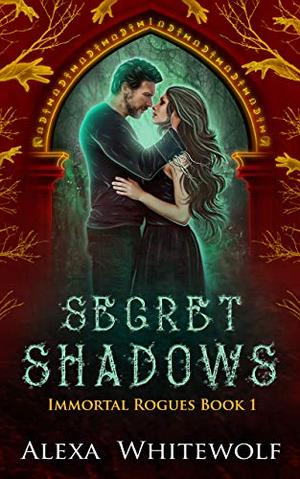 Once, they were worshipped and adored. Now, they've become a relic of the past, an obsolete reminder of lesser times. But are the gods truly done with humanity?

For millennia, Hades has been the black sheep of Olympus. Privy to a secret only he and Zeus know, he's taken to drowning his sorrows - and his thoughts. Most definitely his thoughts.

Then things get really weird, starting with Fenrir of the Nordic gods attacking him. Followed by Morrigan of the Celts dropping warnings of a danger to come. And amid all that? Zeus decides it's time to assign him not one, but two immortal guardians to keep him out of trouble.

How's he supposed to keep his secret, now that his every move is watched? And what machinations are at play, that even the wisest of the gods fear what is coming?

Immortal Rogues is a paranormal romance series featuring gods and goddesses of various pantheons and their strange tales. Mythology mixes with romance and the supernatural in this new series, part of the Moonlight Rogues extended universe.