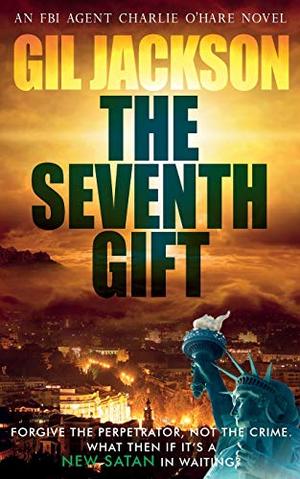 'Thou canst not see my face:
for there shall no man see me,
and live'
So sayeth the Lord recounting His words spoken to Moses to the last of the Holy Trinity: His servant the Divine Spirit, entrusted to ensure the secrets of the Universe, its knowledge, known as The Seventh Gift remain with a departed God from His forsaken world.
Two thousand years later, FBI Agent Charlie O'Hare, investigating child abuses in New York, suspects a conspiracy to hide those responsible. A Civil Service bureaucracy within lost corridors of the United States Government intent on unlocking those secrets has found a key.
This fast moving story of intrigue will see the bedrock of Christian-Judaism ground to dust before being recast; with the climax, the President of the United States of America, the God-fearing, Henry Clancy Montgomery III, having to make a leap of faith: to run with Satan and his eternal damnation, or risk wiping mankind from the face of the earth with its soul intact.
more
Amazon Other stores
Bookmark Rate Book

Similar books to 'The Seventh Gift'

Buy 'The Seventh Gift' from the following stores: