An Accusation: A Novel 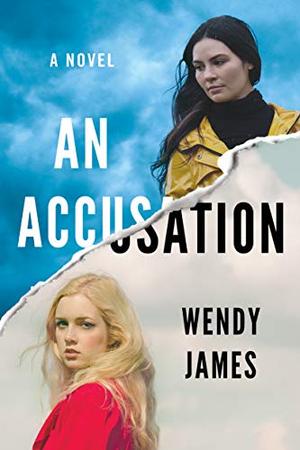 A bizarre abduction. A body of damning evidence. A world of betrayal.


Eighteen-year-old Ellie Canning is found shivering and barely conscious on a country road, clad only in ill-fitting pyjamas. Her story of kidnap and escape quickly enthrals the nation: a middle-aged woman with a crazy old mother has held Ellie in a basement, chained her to a bed and given her drinks from an old baby's sippy cup. But who was this woman and what did she want with Ellie? And what other secrets might she hide?

When the accusation is levelled at local teacher Suzannah Wells, no one seems more bewildered than Suzannah herself ... to start with. The preposterous charge becomes manifestly more real as she loses her job and her friends. And the evidence is strong: a dementia-affected mother, a house with a basement, a sippy cup that belonged to her long-dead daughter. And Ellie Canning's DNA everywhere. As stories about Susannah's past emerge, even those closest to her begin to doubt she's innocent.

And Ellie? The media can't get enough of her. She's a girl-power icon, a social-media star. But is she telling the truth?
more
Amazon Other stores
Bookmark  Rate:

'An Accusation: A Novel' is tagged as:

Similar books to 'An Accusation: A Novel'

Buy 'An Accusation: A Novel' from the following stores: