New Year, New Dragon (A Curvy Mate for the Holidays #4) 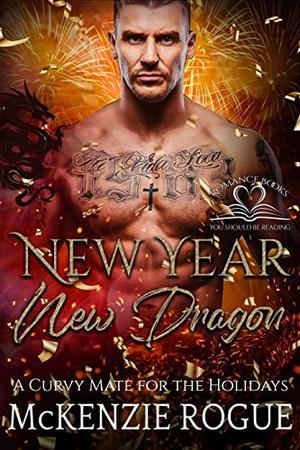 A grumpy dragon. A wild Vegas night. One magical kiss that changes everything.

As the eldest Carmine brother, Jerrick knows it’s his responsibility to find their wayward youngest sibling and bring him home. But seeing all his other brothers disobey their clan’s orders and give up on the search, he needs time away, time to figure out just how he’s going to face his father. Or worse, his uncle, the king.

Las Vegas seems like the perfect place to escape his dragon shifter duties and sort through everything in his head.

Until he sees her. Sparkling like a garnet dragon herself in a killer red dress, he’s drawn to the curvy blonde in the bar and her red painted lips.

The last thing Anya wants is to spend New Year’s Eve out in Las Vegas with a bunch of strangers. But she can’t say no to her little sister, no matter how nervous she is about partying with her new prosthetic leg.

True to form, her sister disappears into the crowds, leaving Anya alone. Until a tall, dark, and sexy stranger asks her to dance.

A midnight kiss leads to a morning she’ll never forget, even if the night before is a blur. The garnet ring on her left hand says it all—she’s married, and she doesn’t even remember it. But it’s hard to deny her attraction to Jerrick, and the more time she spends with him, the more she wonders if the wedding was less of an accident, and more like fate.

Get it now!
more
Amazon Other stores
Bookmark Rate Book

The 'A Curvy Mate for the Holidays' series