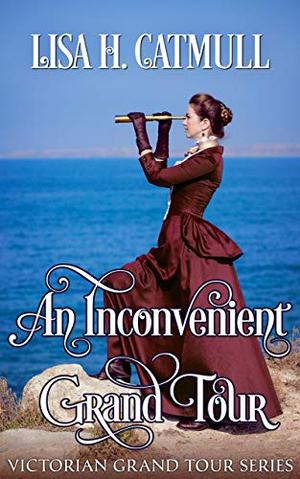 She needs to hide. He’s tired of being overlooked. It’s going to be a long two years.

Eleanor Barrington has one rule: don’t draw attention to yourself. Her father does that far too often. She has one goal: marry a Peer with enough social status to protect her family from embarrassment. When her father decides on a last-minute Grand Tour, Eleanor finds herself spending time with the one man who cannot help her: a younger son who draws attention to himself everywhere they go. Her brother’s best friend.

As the younger son of an earl, Percy Hauxton has to fight for everything. A Grand Tour is the perfect opportunity to pursue his ambition to work for the Foreign Office. But traveling with Eleanor and her parents wasn’t part of the plan.

When circumstances draw them apart and a secret from the past threatens to unravel everything, Eleanor has to rethink her goals and decide one thing. Can she marry for love, or does she need a marriage of convenience?
more
Amazon Other stores
Bookmark Rate Book

Buy 'An Inconvenient Grand Tour' from the following stores: