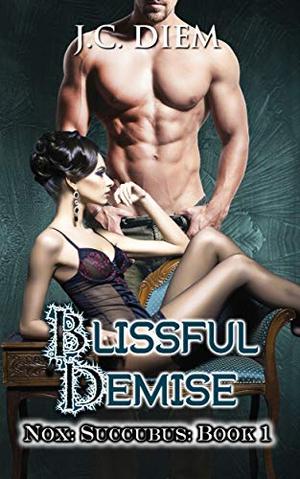 Eden never asked to become a member of the secret Assassin Guild. She was born in captivity, so to speak, and was raised to become a killer for the Immortal Triumvirate. She hates what she is and what she needs to do to survive. Like her colleagues, she’s a half breed. One half is a fairy, but the other half is what makes her such a good assassin. She’s a succubus and she can entrance her victims and siphon their lives away in a matter of minutes.

Sebastian, former lord of the Vampire Council, has come to Nox to seek revenge on his nemesis. Lord Kreaton had been his friend before he’d used Sebastian as a scapegoat and had accused him of murdering his entire kiss. The master vampire finds the City of Night to be even stranger than he’d ever imagined. He’d realized his old enemy had become far too powerful for him to defeat alone and had formed an unlikely trinity of his own. Now he must rely on his alliance with a warlock and a demon to destroy Lord Kreaton and his cronies.

Eden longs for freedom from her masters and seeks the wisdom of a Night Cursed gypsy to try to gain some insight into her future. Madam Quilla foresees the assassin meeting a tall, dark and handsome stranger who will change her life forever. If the succubus can learn to learn trust the enigmatic bloodsucker, they could both end up having their hopes and desires fulfilled along with their common goal to rid Nox of the Immortal Triumvirate.
more
Amazon Other stores
Bookmark Rate Book