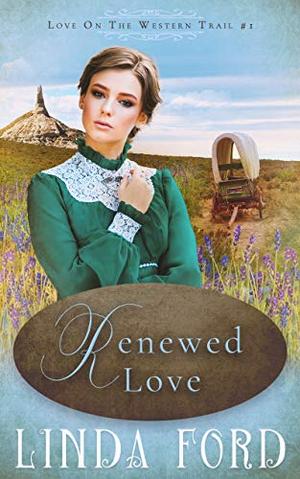 From an award-winning author with more than one million books sold, a new series of four heartwarming historical romances about life on the California trail. Note: each book can be read as a stand-alone.

Faith White needs to get safely to California. She’s desperate for a fresh start after being jilted by the man she’d planned to marry. There’s nothing left for her but memories and disappointments and a lost love.

For years Gideon Holder slaved away in a coal mine to save his father from going to jail. He earned his father’s freedom but lost everything else that mattered--including the woman he loved. Now Gideon plans to make up for lost time by searching for gold.

Gideon and Faith are shocked and dismayed to discover they’re both on the same wagon train to California. Gideon doesn’t want Faith to know about his father’s secret shame. Faith only wants to avoid the man who broke her heart. They vow to stay far away from each other, but that turns out to be impossible when they are assigned to travel as part of the same unit.

Can the adventures and challenges of the journey make them realize that their love is still alive?
more
Amazon Other stores
Bookmark Rate Book

The 'Love on the Western Trail' series

All books by Linda Ford  ❯