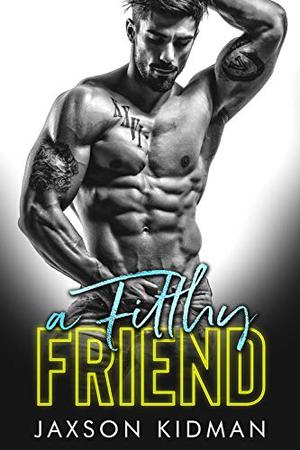 The boy next door.
My best guy friend.
The rock star on stage.

I’ll always know Sab as Sebastian.
And no matter what happens in life he’s always there.
My amazing friend.

When my mother passes away unexpectedly he’s the first person I call.
Without hesitation he’s on a plane to see me.
He takes care of everything.

Then he comes up with a wild idea.

He wants me to go on tour with him and the band.
It’s an easy way to get my mind off things.
And as long as Sab is watching over me nothing can go wrong.

But... me and him on a tour bus.
Alone.
Sharing hotel rooms.
Seeing him in a towel to and from the shower.

The sudden sting of jealousy as groupies throw themselves at him.
Before I know it my little ‘sneak peeks’ aren’t enough.

I want him.
I crave him.

My best friend is Sebastian.
But the man touching me is Sab.
Rock star drummer.

One night turns into two... and then some…

And now I’m slipping.
Falling for the rock star.
Falling for my best friend.
But the road is calling him.
That’s always been his first love.
And I won’t be second best.
Even if it breaks my heart.
more
Amazon Other stores
Bookmark  Rate:

'A FILTHY Friend' is tagged as:

Similar books to 'A FILTHY Friend'

All books by Jaxson Kidman  ❯

Buy 'A FILTHY Friend' from the following stores: