Confined with the CEO and the Bodyguard: Gabriela 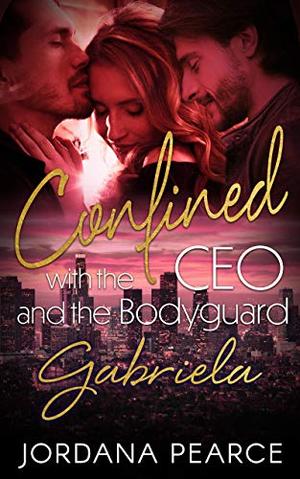 Gabi: I have not been intimate with a man since my ex-husband. As far as I have come, it was easier to avoid dating than to dredge up past hurts. Now, having Max and Ari under my roof stirs a longing within me that I can't ignore.
For the first time in forever, I want a man.


Max: Gabriela Ramirez. I recognize her name. She used to be a model or something, now she's a CEO. It seems like everyone in Los Angeles is either an actor, an ex-actor, or trying to become an actor—except me. I'm just dumb old Max. I figure the world doesn't need to hear my thoughts.
But it doesn't mean I don't have them.

Right now, I'm thinking about how Ms. Ramirez's glorious curves would feel under my palms…

Ari: Two strong men to protect one soft female CEO. Yet, there's steel within her voluptuous curves. Gabi is a woman who might bend but does not break.
I want her. We both want Ms. Ramirez, and neither of us can have her. But it doesn't stop us from desiring. A clash is inevitable. We can't let it compromise her safety - but we also can't stop it from happening.

Similar books to 'Confined with the CEO and the Bodyguard: Gabriela'

More books like 'Confined with the CEO and the Bodyguard: Gabriela'   ❯

Buy 'Confined with the CEO and the Bodyguard: Gabriela' from the following stores: