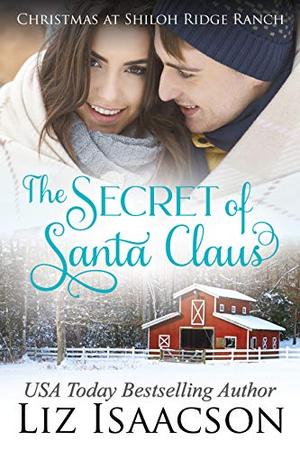 He's a fun-loving cowboy with a heart of gold. She's the woman who keeps putting him on hold. Can Ace and Holly Ann make a relationship work this Christmas?

Ace Glover loves to laugh, and everywhere he goes, luck seems to follow. When Holly Ann Broadbent, the woman he's been dating for a while, tries to break-up with him because she's just been named the chairperson for the Christmas Festival in Three Rivers, he decides - nope.

He drives to town to fight for their relationship. Holly Ann doesn't really want to break-up with him, so they agree to keep seeing each other despite her busy holiday season ahead. She also has a secret she can't tell him...

Holly Ann is busier than ever as she puts on the festival and continues to run her new catering business. She seems to get called away to fix "emergencies" at odd times, and Ace is frustrated by what he feels like are half-truths.

As family secrets pile on top of him, he turns to Holly Ann for strength and comfort. She's falling for him, but she still hasn't told him anything about the red suit she keeps in her closet.

When Ace learns the truth about all of those "emergencies," he's heart-broken and furious that Holly Ann didn't share her secret with him, the one person she claims to trust. Will he keep his discovery to himself or will Holly Ann's secret become front-page news on Christmas Day?
more
Amazon Other stores
Bookmark Rate Book

All books by Liz Isaacson  ❯