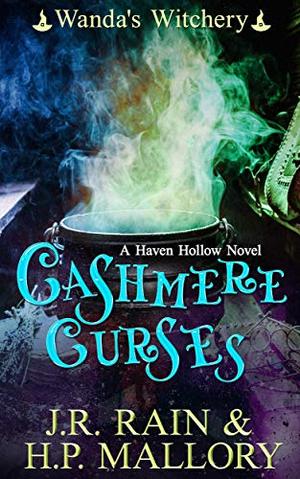 Time to walk softly and carry a big stake…

A powerful coven. A charming Victorian mansion. A sexy car. A couture closet. Credit cards up the wazoo, and an endearing familiar.

Actually, scratch that, Hellcat would never be described as ‘endearing’. More like: the bane of my existence.

So, I almost had it all.

Then a vampire came along and ruined it when he turned me into a Blood Witch.

Now, I’ve been kicked out of my coven, kicked out of the mansion, I have no credit to speak of, the Lexus is a thing of the past and, not only am I driving something from the 80s, but it’s also unapologetically yellow. And rusted.

But the biggest kicker of all? I’m still stuck with Hellcat.

Even though my luck has too much in common with a toilet, if Wanda Depraysie is anything… it’s determined. Determined to make a go of things all by myself—determined to start over.

So, I pack up the few items I can actually call my own and I move to the only place that doesn’t fall under coven ownership—a little town in Oregon called Haven Hollow.

Imagine my surprise when I find out a gypsy has already taken up residence in this afterthought of a town. Well, no worries, witch magic trumps gypsy magic and I’ll make short work of her. After all, Haven Hollow is way too small for the two of us.

No, the gypsy won’t be an issue. It’s my new landlord who’s going to be the death of me… possibly quite literally. Why? Because he’s none other than the vampire who turned me into a Blood Witch in the first place, thereby ruining my life.

Lorcan Rowe is the most infuriatingly smug, irritatingly determined and offensively nosy person I’ve ever met and if my magic were functioning correctly, I’d hex him into oblivion.

But, that’s just it—my magic is on the fritz. And that won’t do—especially when I need to open my enchanted clothing store, Wanda’s Witchery, yesterday.

When my fabrics go missing at the same time that my magic stops working, I can only blame one person: Lorcan.

Well, that vampire is about to learn a very valuable lesson—you don’t mess with a witch, blood or otherwise, because when the going gets tough, the tough get a really sharp stake.


Be sure to check out all the series taking place in Haven Hollow: