A Hellion at the Highland Court: A Rags to Riches Highlander Romance (The Highland Ladies #10) 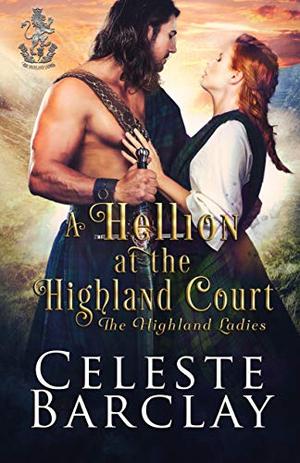 Always a bridesmaid, never a bride…

For more than a decade, Laurel Ross has been a lady-in-waiting at Robert the Bruce’s royal court, a place where money is power. Laurel is the fourth out of five daughters, and the only one unwed. While Laurel isn’t exactly a pauper, her father, the Earl of Ross, has already paid four large dowries. Sent to court to find a husband, Laurel’s once youthful hope has turned to bitterness as one friend after another marriest. Her viperous tongue has earned her the title of “hellion”. Will any man accept a bride who comes with such a small dowry?

Guilt is slowly eating away at Brodie Campbell. When Brodie’s betrothed unexpectedly falls ill and dies after he refuses to escort her home in the rain, Brodie’s guilt doesn’t come from the woman’s untimely death. It comes from the relief he feels that he’s no longer bound to her. Brodie isn’t interested in a biddable and mild bride. Intrigued by the fiery Laurel Ross, Brodie wonders if this shrew can ever be tamed. Armed with wealth and charm, Brodie welcomes the challenge. Will this spitfire relent long enough to find love with a man who tests her patience?

When a wager puts their lives in peril, Brodie and Laurel discover trust is earned, not given.

If you love a steamy rags-to-riches romance, then you’re sure to enjoy Celeste Barclay’s sizzling new Highlander romance, A Hellion at the Highland Court.

Welcome to Robert the Bruce’s Highland Court, where the ladies in waiting are a mixture of fire and ice. The Highland Ladies, the STEAMY spin off series from Celeste Barclay’s The Clan Sinclair series, returns to the Medieval royal court for love and intrigue.

The 'The Highland Ladies' series

Similar books to 'A Hellion at the Highland Court: A Rags to Riches Highlander Romance'

More books like 'A Hellion at the Highland Court: A Rags to Riches Highlander Romance'   ❯

Buy 'A Hellion at the Highland Court: A Rags to Riches Highlander Romance' from the following stores: