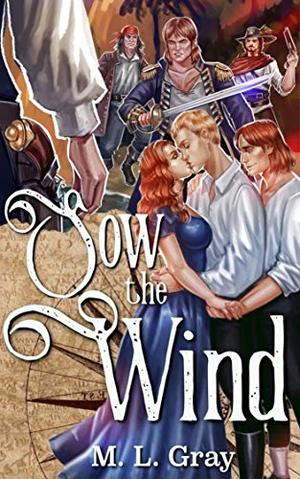 The year is 1715. King George I sits on the throne of England. Jacobites threaten his rule in the north, while to the West another rebellion has just been quelled. In the Bahamas, another problem is brewing - pirates, gathered in large number, menacing trade and declaring themselves citizens of no nation. The empire stands upon the brink of disaster.

Lieutenant Lawrence Brayden does not mean to be an agitator. His mission in the West Indies is simple - make contact with the pirates and determine whether they can be pacified with the age-old solution to piracy: pardons. It should be simple - right?

Except that on Lawrence's side stand only his lovers, Thomas and Helena Arundel, and against him stands the might of Edward "Blackbeard" Teach and his Flying Crew - as does the powerful Earl of Camburn, father to Thomas and Lord Proprietor of the island of New Providence.

Lawrence, Thomas, and Helena will need to withstand the might of both England and Nassau, find each other again, and above all - try not to die.
more
Amazon Other stores
Bookmark Rate Book

Similar books to 'Sow the Wind'

Buy 'Sow the Wind' from the following stores: