Mistress of A Boss 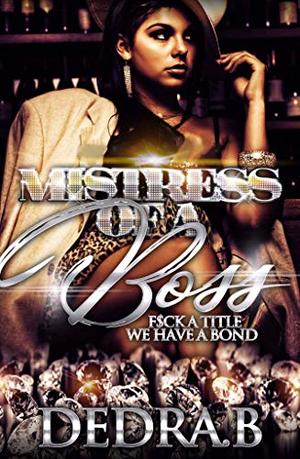 Chelsea is nothing more than a twenty-three year old boss. She paved the way for many young hair stylists by opening a chain of hair salons throughout Chicago. With her main focus being her business, and trying her best to cope with the tragic death of her father who was murdered in cold blood right in front of her, having a personal life was the last thing on her mind. That was until she crossed paths with the infamous La'Cari Gibson.

La'Cari had always been in a lane of his own, being born into money meant nothing to him. He still put in the work to make sure his family's life style remained the same. True to his wife Zoey, he made sure no other woman could even come close to replacing her. Loyalty meant everything to him, but once you broke that trust, nothing would stop him from returning the gesture, no matter who you were.

Zoey was the true definition of a trophy wife, young, beautiful, and well kept. She stood ten toes down behind her husband in the most expensive stilettos his money could buy. Unlike La'Cari, loyalty meant nothing to Zoey if the money wasn't flowing, and she would stop at nothing to secure her and her man's bag. Watch this drama filled story unfold as lies, loyalty, and marriages are broken. Love could be a dangerous game especially when it's not being played fair.

Similar books to 'Mistress of A Boss'

Recent books by Dedra B.

Buy 'Mistress of A Boss' from the following stores: