Depths of Destruction: A Military Romance (Behind Closed Doors #1) 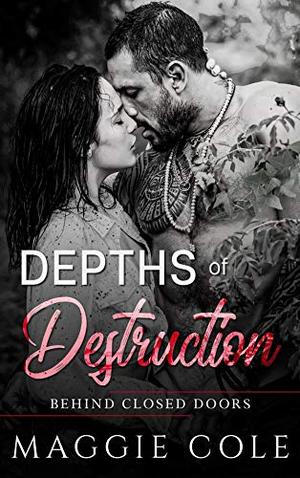 She’s a Secret Treasure of War...

It’s a routine mission in Belize. Get in, get out, save the women.
Then I see Naomi’s photo and watch her hostage video.
A stirring...an ache...a desire so deep for her heats up my blood and annihilates me.
And then I meet her.
It accelerates my thirst, riling up my inner beast.
She’s an investigative reporter and knows things she shouldn’t.
But all the women have secrets...knowledge about a global force so powerful the world will implode with greed. Freedom will no longer exist.
Instead of delivering her, we run.
The heat of the jungle is a blow torch demolishing my restrain, until I have to make her mine.
But enemies lurk everywhere. After it’s over, I’ll have to piece her back together again.

“DEPTHS OF DESTRUCTION “ is book one in the “BEHIND CLOSED DOORS” series. Each book is a stand-alone regarding the HEA of the couple, but the plot develops with each story. This steamy series is for mature readers only and is best if read in order. This series may contain situations that may be sensitive for some readers.
more
Amazon Other stores
Bookmark Rate Book

The 'Behind Closed Doors' series

Similar books to 'Depths of Destruction: A Military Romance'

More books like 'Depths of Destruction: A Military Romance'   ❯

All books by Maggie Cole  ❯

Buy 'Depths of Destruction: A Military Romance' from the following stores: