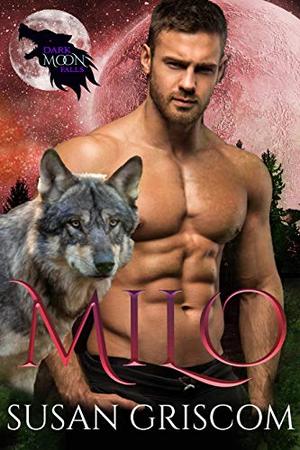 Welcome to Dark Moon Falls … where everything is not as it seems. It has secrets, shifters, romance, villains and so much more.

Milo Hart left Dark Moon Falls to pursue his dreams of becoming a lawyer. But don’t let the mild manner fool you. He can be just as powerful and protective of what’s his as the next wolf.   When he returns home, a beautiful newcomer captures his attention, but she’s not all she appears. Her life is in danger and she refuses to disclose the reason why sending his world into disarray. Soon he realizes he’d do anything to protect her … any damn thing.

Skye Huntington has secrets she keeps locked deep inside. Her only reason for being in Dark Moon Falls is to seek refuge. That’s not so simple when she’s surrounded by the very thing she’s running from. It becomes even more complicated when the hot-as-hades Milo Hart offers to help her. She wants to believe the sexy shifter, but can she trust him? Or is he the big bad wolf in disguise?
more
Amazon Other stores
Bookmark Rate Book

All books by Susan Griscom  ❯