The Moreva of Astoreth (The Peris Archives #1) 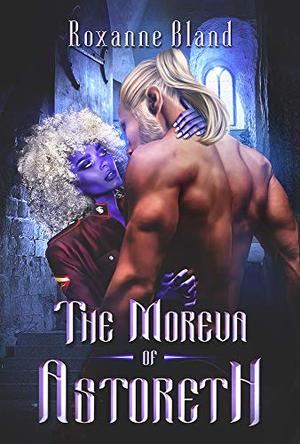 In the service of the Goddess…

Moreva Tehi, gifted scientist and the spoiled, stubborn and headstrong granddaughter of Astoreth, the Devi Goddess of Love, deliberately misses Ohra-Namtar, the compulsory and holiest rite of the Great Pantheon of Gods.

For her sin, Astoreth banishes her for a year from her beloved urban desert home to tend Her spaceship landing beacon in the northern reaches of the Syren territory, a cold, dark, and wild place whose inhabitants are as untamed as the territory in which they live.

As the spiritual leader and commander of the military garrison stationed there, Tehi must stay one step ahead of the cunning machinations of her second in command. But there is one who poses an even greater threat to her future—one who will lead her into the dangerous realm of forbidden love, setting them both on a course that can only lead to damnation and death.
more
Amazon Other stores
Bookmark Rate Book

The 'The Peris Archives' series

Similar books to 'The Moreva of Astoreth'

Buy 'The Moreva of Astoreth' from the following stores: