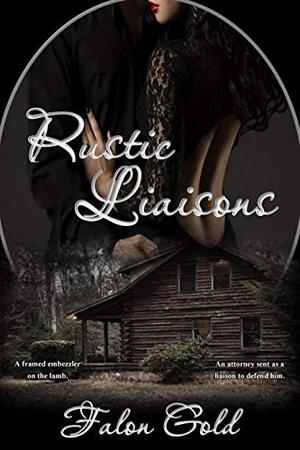 Attorney/playboy Brocklyn Devereaux doesn't exactly hate nature, doesn't exactly like it either. However, the Kentucky wild will become his only refuge when someone decides his bank account should have more money than he's earned and the FBI should arrest him for having it. Against his better judgment, Brocklyn let's his brother convince him to go on the lamb.

Slightly new litigator Deidre Lanier, city born and bred, has her share of cyber crimes committed in her past, a bright future ahead but no experience with the wilderness. She doesn't want any either after a bad encounter at another cabin. Except, her boss' boss' boss, DeAngelo Devereaux, summons her out of the blue, enlisting her for a liaison with his allegedly-framed brother. Her 'typing skills' are sorely in need to get to the bottom of the motive for his framing, and she'll go only if the pay is right--her student loans aren't going to pay themselves off.

If two is company, three's a crowd, then who invited lust to the rustic, crumbling lodge where Deidre and Brocklyn will attempt to hack his way back into his life?

What did he do that was so bad someone wanted him behind bars in the first place?