Caught In His Webb (The Love Connection #2) 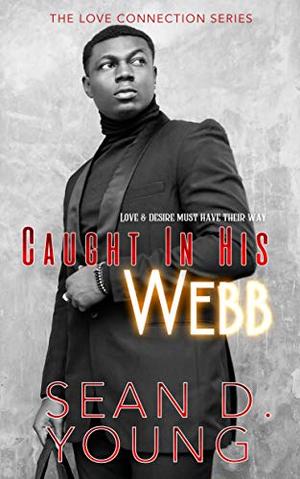 Sara Simmons has no desire to go into law or politics, so her brothers will continue the family's legacy of prestige and honor. Making her mark on the world with high fashion has always been her dream. Taking her shot, she is threatened by a situation that could not only ruin her career, but her family's reputation. There's only one person she can run to for help and keep her secret too...Derrick "Spyder" Webb.

Being the man of the house at the age of twelve when his father died unexpectantly, caused Spyder to grow up quickly. It made him a little unforgiving and demanding, but it also made him one of the greatest problem solvers this side of the Mississippi. Now, when people are in trouble, they come to him, but Sara is another story. He'd helped his best friend's baby sister one night so many years ago. What he didn't expect, however, was pulling her in his arms to comfort her and feeling things he hasn't since. Now, she's older, more mature and gorgeous as hell. The problem is she's off limits, but lately he can't deny that her presence makes him want to pull her inside of his web of protection ...into his web of desire.
more
Amazon Other stores
Bookmark Rate Book

The 'The Love Connection' series

Similar books to 'Caught In His Webb'

Buy 'Caught In His Webb' from the following stores: