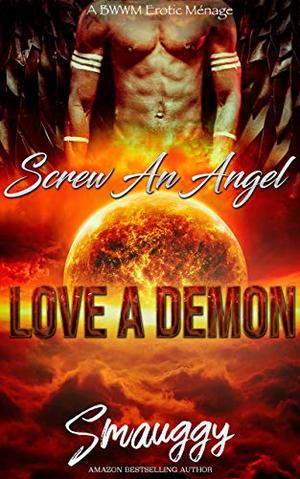 An angel and a demon conspire to eradicate mankind like the vermin they are.
...until an unsuspecting woman crosses their path with no idea what the two handsome gentlemen have planned for her planet.

The two immortals have their way with Brianna, a middle-aged single mother down on her luck after disaster hits her family, leaving her only son traumatized.

But can she satiate their sexual appetite enough to change their minds? Can she convince them that humanity is worth saving?

CONTENT WARNING
Dear Reader: this book was written in the year 2020, the worst year ever. A year when mankind proved itself to be truly awful, ignorant, and selfish. This book will touch on racism and religion.

If I haven’t turned you off and you don’t offend easily, come cheer Brianna on as she lives her best life with the one-night-stand of a lifetime. Because it just might be her last…
more
Amazon Other stores
Bookmark Rate Book