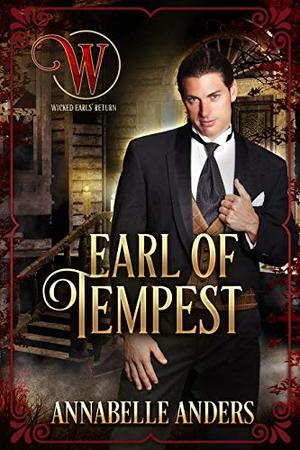 WHEN A DO-GOOD DUKE'S DAUGHTER FALLS FOR A GRUMPY EARL, ALL WAGERS ARE OFF.

The Earl of Tempest told her to stay away from him. He was too old for her, his soul was too dark

Until she stumbles on him a year later: lost and drunk, wagering his days away in London’s Wicked Earl’s Club.

He isn't the hero she was seeking, but the moment she she meets his wounded gaze from across the room, an idea takes root.

She will save him and hundreds of lost children at the same time. Because in saving the children, Lord Tempest can save himself. Light will flood his soul and heel his wounds. He can believe in goodness again—believe in himself.

He can believe that love is possible.

And if he can believe all that, then maybe, just maybe, he can open his heart to the one woman who will never give up on him and grasp the happiness he's deserved all along.
more
Amazon Other stores
Bookmark Rate Book

All books by Annabelle Anders  ❯