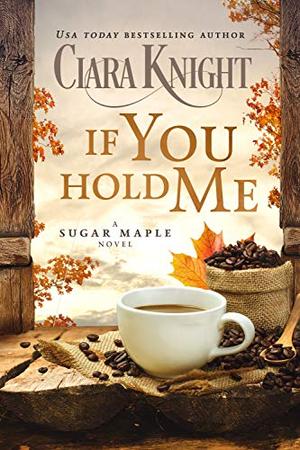 High school football star, Tanner McCadden was voted ‘Most Likely to Dominate the World’ when he graduated from small-town life to big college victory, until a tackle blew out his knee and his future. Humbled and embarrassed, he made it as a football coach instead of a hero, he has never returned to his hometown. That is until a decade later when his father passes away and his mother struggles to maintain a five-generation farm alone.

Maple Grounds coffee shop owner and renowned Coffee Whisperer, Mary-Beth Richards loves her simple life spent concocting the perfect cup of coffee for each of her clients. The rest of her time is spent watching her little brother play football, and avoiding romantic entanglements, that is until Tanner McCadden rides back into her life on a Harley wearing a sexy smile.

When Mary-Beth’s brother begs her to ask Tanner to coach Sugar Maple High School’s football team to state victory, she is forced to face the man who took her heart and rushed out of her life. When she begins to feel that familiar attraction, she pushes him away to protect her heart by accusing Tanner of being heartless and narcissistic. Confused and hurt, he confides in his mother about his lifelong regrets and learns of the lies meant to keep him from sacrificing his future for a high school romance. Feeling betrayed, he knows the adoration of football fans never touched Mary Beth’s gift of making him feel worthy and loved.

It’s down to the last quarter. Can Tanner and Mary Beth rekindle their love before the game is over?
more
Amazon Other stores
Bookmark Rate Book

The 'A Sugar Maple Novel' series

Similar books to 'If You Hold Me'

All books by Ciara Knight  ❯

Buy 'If You Hold Me' from the following stores: