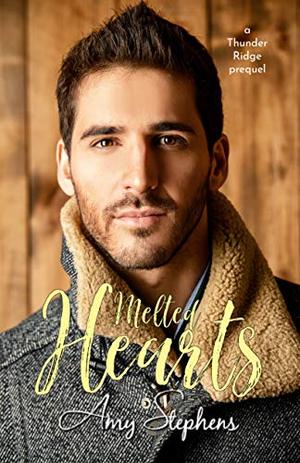 Warren Cleveland had had enough…of women.

When his soon-to-be wife didn’t bother to show up for their wedding, Warren knew it’d be a cold day in hell before he’d even consider a relationship with another woman again. Not only was he embarrassed beyond belief, but a broken heart was never fun for anyone.

Still bitter about weddings and women, Warren agrees to be the best man for his friend’s upcoming wedding in the Smoky Mountains. When his weekend getaway suddenly takes an unexpected detour, Warren finds himself in a situation he hadn’t planned for…a situation that involves a woman.

Molli Barnes happened to be in the right place at the right time…for Warren Cleveland’s sake.

A weekend escapade is hardly reason enough for Molli to forget everything her ex put her through. Especially when there’s still so much at stake. Or is it? Maybe Warren is exactly what’s been missing from her life.

Will Warren and Molli be able to melt the walls they’ve put up around their hearts so that they can both put the past behind them? Or will they let their pasts determine their futures?