A Nothing Special New Year 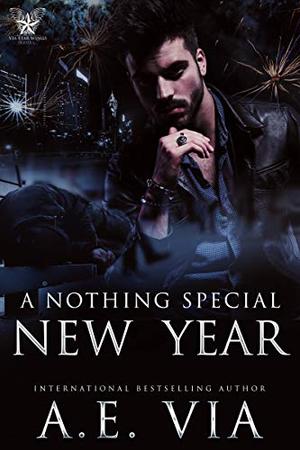 New Year’s Eve is usually a night of fun and wild celebrations, but for a police officer, it can be the most dangerous night of the year.

Officer Ellis Mason has worked as a beat cop on the streets of Atlanta for over eight years, and he knows what it takes to survive them. But when Lieutenant Godfrey and his infamous narcotics task force issue a dire warning about a lethal drug that’s coming to the city, Mason finds himself fighting a war he’s not trained for, with God pushing him beyond his limits.

Mason and his partner are both on high alert, but the moment he stops the tall, handsome drifter who wandered into town—with the saddest brown eyes he’s ever seen—Mason knows he doesn’t belong.

Jesse Holstrom is lost and possibly in trouble, but Mason’s instincts tell him that it isn’t the drug-dealing kind. Every night that Mason patrols by and sees Jesse huddled on a park bench, cold and alone, it pulls at his heart a little more. Mason doesn’t know how the young man ended up homeless and lost in his neighborhood, but when Jesse ends up on God’s radar, Mason knows he doesn’t have long to find out.

Mason promised himself he wouldn’t let a good thing slip through his fingers again… not this year.

'A Nothing Special New Year' is tagged as:

Similar books to 'A Nothing Special New Year'

More books like 'A Nothing Special New Year'   ❯

Buy 'A Nothing Special New Year' from the following stores: