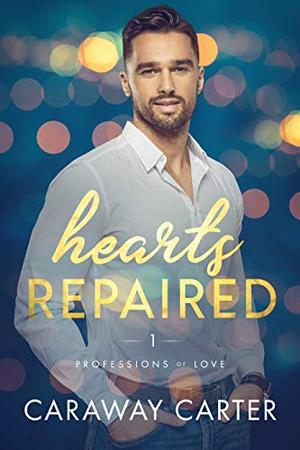 A confident doctor. A sexy mechanic. A May/December romance to fall in love with.

Lawrence Barnsdale was stunned when he woke up next to a much younger man. This wasn’t his style. This wasn’t him. He knew the relationship was doomed when he realized that Curtis was smart, funny and an accomplished doctor. Why would Curtis be interested in an over-the-hill mechanic?

Curtis knew from the night they first met that Lawrence was the kind of guy he could have a future with. If only he could convince Lawrence that the age difference didn’t matter

Hearts Repaired is the first book in a May/December contemporary gay romance series. If you like second chances, real men, and finding a connection, then you’ll love this new series by Caraway Carter.

Buy Hearts Repaired to discover the men of Professions of Love today!

This was originally published as The Doctor & The Mechanic, but has been rewritten and is now a 49k novel.
more
Amazon Other stores
Bookmark Rate Book

The 'Professions of Love' series