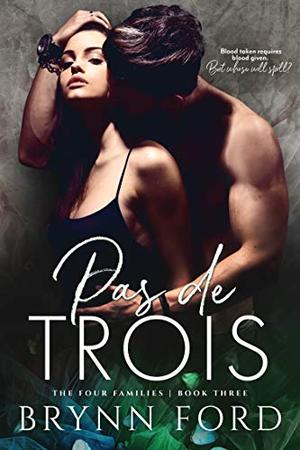 Blood taken requires blood given. But whose will spill?

The four families would seek retribution for the blood I spilled. They were coming for me and I couldn't escape their wrath. But my master saved my life with unspoken promises of protection from their revenge. He was a man I thought I couldn't trust, but I had no choice.

Secrets were about to be revealed that would change everything. Armed with the truth, I was ready to fight for a future with the man I loved that I never thought would be possible.

I was ready to fight for our freedom.

I was ready to take on power that didn't exist before.

I was ready to transform from slave to queen and become the woman I had to be to survive.

There was more on the line now than ever before. Three lives hung in the balance. Decisions were being made about our fates for things that were beyond our control, but it was time for me to take destiny into my own hands.

There was hope for us where there was none before.

I would take it and run with it.


Content Warning: This book contains explicit sexual content, violence, and mature themes including scenes where consent is not sought or given. The author in no way condones such heinous acts, but rather seeks to immerse the reader in the true horror of the characters’ experience. This book also contains a traumatic birth scene. This is your trigger warning—reader discretion is advised.

Series Note: "Pas de Trois" is the third and final book in the Four Families trilogy. It is not a standalone and the books must be read in order. Start with book one—"Counts of Eight"—and then read book two—"Dance with Death"—before reading this book.
more
Amazon Other stores
Bookmark Rate Book

The 'The Four Families' series

All books by Brynn Ford  ❯