Dangerous Endgame: An Alpha Billionaire Romance with a Side of Mystery (The Devil Wears a Suit Book #10) 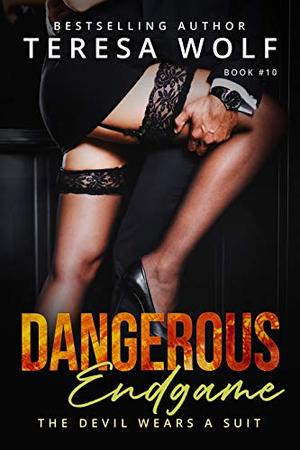 How Do You Wash Away the Bitter Aftertaste of Betrayal?

They played a dangerous game. And it’s all coming to a vicious end.

Everything is both different and the same. Scott is taken aback by the turn of events. He questions if their relationship ever made sense. And Hope could see the doubt in his eyes.

Now, she’s wondering if he even loves her enough to stick with her through it all. But the man she loves has secrets of his own. And she couldn’t shake off the bad feeling in her gut.

Then, the truth broke out of the surface, to be hidden no longer!

Hope is faced with a new dilemma… one replete with the excruciating pain of betrayal — Scott’s betrayal.

Brace for the unexpected as the predator becomes the prey…

Grab Your Copy of the Awaited Thrilling Finale to the Series!
more
Amazon Other stores
Bookmark Rate Book

The 'The Devil Wears a Suit Book' series

Similar books to 'Dangerous Endgame: An Alpha Billionaire Romance with a Side of Mystery'

More books like 'Dangerous Endgame: An Alpha Billionaire Romance with a Side of Mystery'   ❯

Buy 'Dangerous Endgame: An Alpha Billionaire Romance with a Side of Mystery' from the following stores: