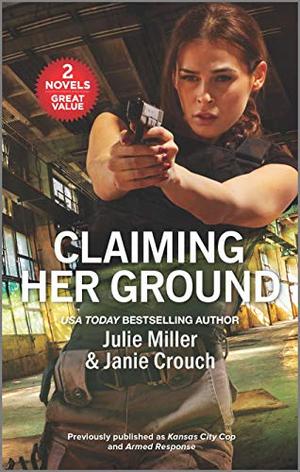 The fight of her life

After a gunshot rips streetwise police officer Gina Galvan from the line of duty, all she wants is to return to the front line and stop a shooter. But good guy physical therapist Mike Cutler won't back down from a challenge, or his blazing attraction to Gina. Without a badge or a gun, Mike is ready to face anyone--including a killer--to prove he's every inch a hero.

Former Special Forces soldier Jace Eakin must find the mole inside Omega who's leaking intel to a terrorist mastermind. Despite their complicated history and the fact that she is keeping a secret, he can't believe it's SWAT team leader Lillian Muir. As they give in to long-denied passion, Jace vows to protect Lillian with his life. But he's been wrong about her before...
more
Amazon Other stores
Bookmark Rate Book

Similar books to 'Claiming Her Ground'

All books by Julie Miller  ❯

Buy 'Claiming Her Ground' from the following stores: