Caught Up With A Mafia Boss 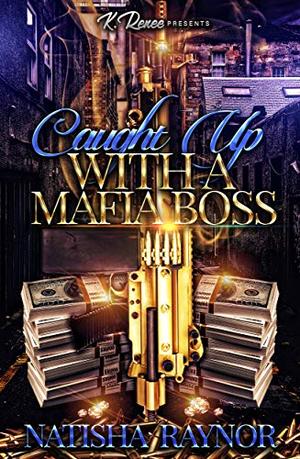 Barakah Beauvais and her sisters have always been the apple of their father’s eyes. They grew up rich and spoiled. Barakah was never one to pay too much attention to exactly what it was that her father did. She just knew that he was powerful, and he had plenty of money. Once the man she is dating is killed, and she believes that her father is the one that ordered the hit, something in Barakah changes. She begins to view her father in an entirely different light, and it is her goal to separate herself from his way of life. The only problem is she finds comfort in the arms of Kadir. The son of her father’s best friend and basically, the younger version of her father. Barakah falls hard and fast before she realizes that she is in too deep with the kind of man she isn’t supposed to be with. It kills her to walk away, but she has to if she wants to stay true to herself. Once she’s gone, she has to wonder how true she’s being to herself when being away from Kadir kills her. Barakah finds herself torn between love and morals.
Cymone Ashgar is young, carefree, rich, and having a hot girl summer unapologetically. She’s dating a handful of guys and doesn’t have the desire to commit to any of them, but along comes Prosper, who shakes her world up. He has her questioning if a hot girl summer is really what she wants, but Cymone soon finds that she may have been spreading herself a little too thin. Will Prosper be able to get past the kind of woman that Cymone is or will her refusal to settle down be the very thing to make her lose out on love?
more
Amazon Other stores
Bookmark Rate Book

Similar books to 'Caught Up With A Mafia Boss'

More books like 'Caught Up With A Mafia Boss'   ❯

Buy 'Caught Up With A Mafia Boss' from the following stores: