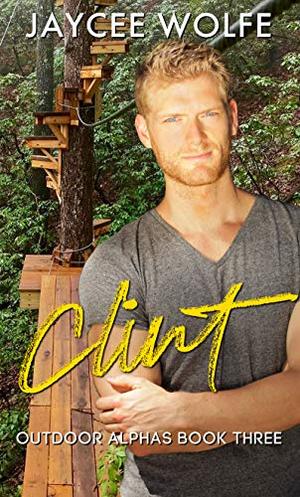 Clint: Two of seven of my brothers have found their ‘ones.’ Their soulmates. The ones that were meant to be theirs. The one woman that would give them a family, a life, a love that will last lifetimes. Now I’m left wondering who will get hit next, hoping and praying it’s me. I may be a shameless flirt, the one and only thing mama taught me how to be, but that doesn’t mean I pursue any woman that looks my way. Nope, I’m saving myself for my other half. Then she shows up, and the rollercoaster of emotions I get from just one look is more than I could have dreamed. Now I just need to show her I’m more than a pretty smile and uncontrollable flirt. Now I have to show her the real me. Piece of cake, right?   Jana: Being pushed off a boat in the middle of the lake by your brother’s bride-to-be in front of the hottest guy imaginable has to be the worst thing ever, right? Wrong. What makes it the worst situation ever is not knowing how to swim when it happens. Fortunately, said hot guy doesn’t think twice before he jumps in to save me. Then he flashes me a dangerously beautiful smile that has me wanting to follow him to the ends of the earth. He says I’m his one, and all he wants is me. My only concern is how many ‘ones’ he has had before, and if I’ll be able to take the heartbreak if I’m not his last.
more
Amazon Other stores
Bookmark  Rate:

'Clint: Outdoor Alphas' is tagged as: