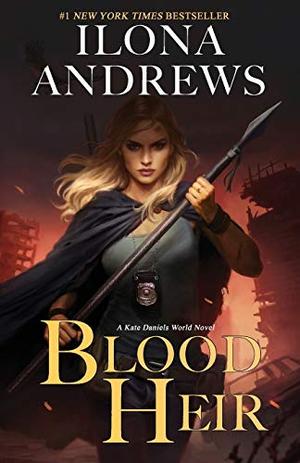 Atlanta was always a dangerous city. Now, as waves of magic and technology compete for supremacy, it’s a place caught in a slow apocalypse, where monsters spawn among the crumbling skyscrapers and supernatural factions struggle for power and survival.

Eight years ago, Julie Lennart left Atlanta to find out who she was. Now she’s back with a new face, a new magic, and a new name—Aurelia Ryder—drawn by the urgent need to protect the family she left behind. An ancient power is stalking her adopted mother, Kate Daniels, an enemy unlike any other, and a string of horrifying murders is its opening gambit.

If Aurelia’s true identity is discovered, those closest to her will die. So her plan is simple: get in, solve the murders, prevent the prophecy from being fulfilled, and get out without being recognized. She expected danger, but she never anticipated that the only man she'd ever loved could threaten everything.

One small misstep could lead to disaster. But for Aurelia, facing disaster is easy; it’s relationships that are hard.