Intoxicated by a Young Thug 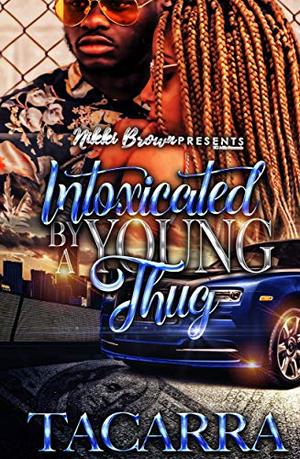 Life was no walk in the Powell brothers, Ishaq, Qaseem, and Dayyan.
Ishaq had just got home from doing a five year bid for an armed robbery that he didn’t commit. When the court appoints the beautiful counselor, Lake Alexander, life takes an unexpected turn for them both.
Qaseem wasn’t the one for love. He saw all women as superficial until he meets his brother’s new love interest best friend, Fran. The only thing stopping him from being with Fran is her annoying ex-boyfriend. With the thorn in their side, will their relationship end before it even begins?
Then there’s Dayyan. Most looked at him as just a pretty boy with all the ladies. Truth is he’s a woman man. Although their relationship wasn’t ideal, he felt obligated to make it work. That’s until his girlfriend commits the ultimate betrayal pushing him into the arms of the woman he’s always wanted.
Follow these couples in their whirlwind, drama filled romances and see just how much it means to be intoxicated by a young thug.
more
Amazon Other stores
Bookmark Rate Book

Similar books to 'Intoxicated by a Young Thug'

More books like 'Intoxicated by a Young Thug'   ❯

Buy 'Intoxicated by a Young Thug' from the following stores: