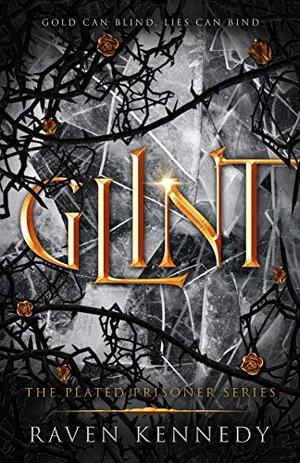 “You want to make your life easier? Then be the caged bird that you are and sing.”

For ten years, I’ve lived in a gilded cage inside King Midas’s golden castle. But one night changed everything.

Now I’m here, a prisoner of Fourth Kingdom’s army, and I’m not sure if I’m going to make it out of this in one piece. They’re marching to battle, and I’m the bargaining chip that will either douse the fire or spark a war.

At the heart of my fear, my worry, there’s him—Commander Rip.

Known for his brutality on the battlefield, his viciousness is unsurpassed. But I know the truth about what he is.

The betrayers. The murderers. The ones who nearly destroyed Orea, wiping out Seventh Kingdom in the process. Rip has power sizzling beneath this skin and glinting spikes down his spine. But his eyes—his eyes are the most compelling of all.

When he turns those black eyes on me, I feel captive for an entirely different reason.

I may be out of my cage, but I’m not free, not even close. In the game of kings and armies, I’m the gilded pawn. The question is, can I out maneuver them?


This is the captivating second book of The Plated Prisoner series. It’s an adult epic fantasy story blending romance, intrigue, and beautiful imagery. Return to the seductive story of magic inspired by the myth of King Midas, and get caught up in the world of Orea.

Please note: There is explicit language and romance in this book, not suitable for those under the age of 18.
more
Amazon Other stores
Bookmark  Rate:

'Glint' is tagged as:

The 'The Plated Prisoner' series

Buy 'Glint' from the following stores: