FALLIN' FOR THE KING OF HOUSTON 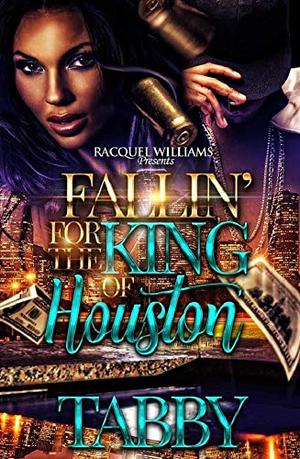 Kelly, Keith, and Kevin Smith are the ruthless Smith Brothers. Their father passed his empire down to them once he retired and they have been running Houston ever since.
Kelly has been feeling like it’s time for him to walk away from the game. There was one problem. He didn’t trust anyone besides his brothers. That soon changes when he lays eyes on the beautiful Erin Beckett. He knew he had to have her and would stop at nothing to get her. Erin Beckett was beautiful and successful. She was in a dead-end relationship and wanted out. The only problem is Anthony wasn’t ready to let go. Even from behind bars, he is making sure she doesn’t go anywhere. After Erin gets fed up with all his drama, she tries to let go and move on, but it’s not that easy.
Keith, the quietest of the brothers, protected his peace was his main focus. His last relationship was tumultuous, and he had no interest in being in another one. That quickly changed when he met Avery Beckett. Avery was beautiful and successful like her older sister Erin. Pregnant with twins and a deceased baby father, Avery fell into a depression that only Keith could get her out of. Dealing with her baby-daddy’s family harassing and spreading lies about her, all Avery wants is peace.
Kevin was the ruthless brother. He would lay anybody down behind his family. Young, cocky and paid, he cared about nothing. Every hoe and their mother were after him, but he only had eyes for one girl; Dakota Beckett. Dakota was a thick beauty with goals and dreams. A free spirit that didn’t let anybody or anything get in her way. Once Kevin voiced his interest in her, she decided to give him a chance. Their new relationship causes a wedge between Dakota and her bestfriend, then all hell breaks loose.
more
Amazon Other stores
Bookmark Rate Book

Similar books to 'FALLIN' FOR THE KING OF HOUSTON'

More books like 'FALLIN' FOR THE KING OF HOUSTON'   ❯

Buy 'FALLIN' FOR THE KING OF HOUSTON' from the following stores: