What I Needed: An Introductory Novelette 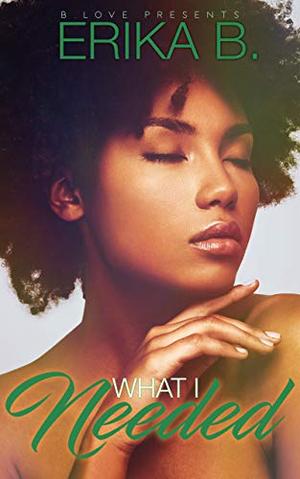 Bobbi Jay Mitchell likes to keep things basic. She’s a diner waitress in a small town living an uneventful but content life. Everything is roses until the man who has her by the heart decides they need to cut ties. As if a shattered love wasn’t enough to shift her world view, her uncle, whom she relies on for support, is marrying a woman who adamantly wants Bobbi gone from their home. It would seem every string of her happiness had been picked and pulled until unraveling completely. However, if she can put her fear aside and uncover her eyes, she may find love isn’t lost after all.

Julian Johnson is an entrepreneurial graphic designer. He’s a single father with much on his plate. Still, he tries to make things right with his best friend, particularly when she’s panicked, convinced her life is falling apart. Since keeping it together is what he does, Julian offers up the shoulder his friend so desperately needs, but when the fog of tears clears, and his own heartstrings begin to tug, he finds himself longing to offer a different method of comfort.

Is Bobbi ready to receive the love being offered? Will Julian brave the walls his friend has built in order to win her heart? Or will old hurts demand the lovers settle with friendship?
more
Amazon Other stores
Bookmark  Rate:

Similar books to 'What I Needed: An Introductory Novelette'

More books like 'What I Needed: An Introductory Novelette'   ❯

Recent books by Erika B.

Buy 'What I Needed: An Introductory Novelette' from the following stores: