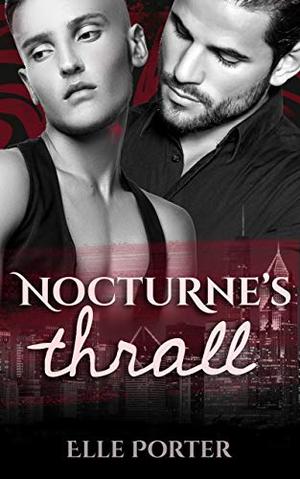 Brokenhearted aspiring chef Javi del Toro starts a promising new position at Nocturne, a high-end restaurant only open at night. He falls in love with everything about the job—except for Nocturne’s owner, the cold, disinterested Adrien Volt. Javi is determined to win Adrien’s approval but quickly realizes his goals may be about more than just professional validation from his boss.

Adrien Volt hides in plain sight as a member of Chicago’s vampire collective. He devotes himself fully to running his business and has little personal life to speak of. But then the new hire in his restaurant catches his eye, and Adrien is drawn to Javi’s unbridled passion and natural talent in the kitchen. When Adrien discovers something sinister is lurking in Javi’s past, he’s suddenly compelled to do everything in his power to keep Javi safe.

As Javi and Adrien stumble through their feelings and learn to trust each other, their lives clash and overlap in dangerous ways, forcing both human and vampire to decide what it will take for them to be together.

Nocturne's Thrall is a gay m/m vampire romance with some angst and dark themes (but does end with a HEA). Full list of content/trigger warnings available inside.
more
Amazon Other stores
Bookmark  Rate:

'Nocturne's Thrall' is tagged as: