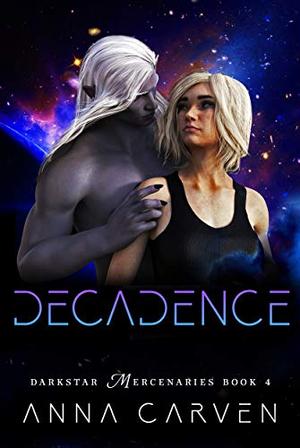 The retrieval mission was supposed to be simple. Get in, get the human females, kill the slavers, and get out. As a former High Commander of the Kordolian Imperial Military, Ikriss Peturic has seen--and done--much worse.
But one female in particular has been treated a lot more badly than all the others.

As he took her away from her tormentors, carrying her in his arms, she hovered between life and death.
Now she is safe. He should be able to forget about her. A new threat has appeared, and he has work to do.
So why is he so angry and restless all of a sudden?
Why can't he focus?
Why do the bases of his horn-buds throb?
What is this cursed madness?

Buy 'Decadence' from the following stores: