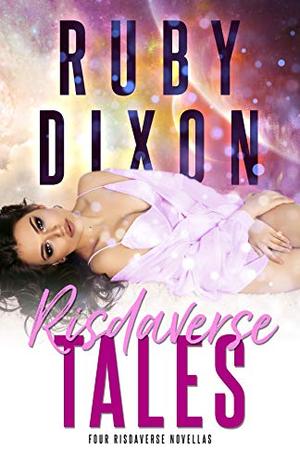 The Alien's Mail Order Bride
Ex-soldier Emvor doesn’t mind the quiet of his chosen life as a farmer. He doesn’t even mind that most nights are lonely on remote Cassa, but he does need help around his farm. A mail- order bride from his homeworld seems like the perfect solution. Unfortunately, the person that arrives is Nicola.

When She's Married
Escaped convict Vordigar has two choices - he can be shipped back to the Haven prison system, or he can marry one of the locals. Vordigar’s not interested in forever. Or marrying. But one night in Piper’s bed changes everything.

Pretty Human
Varrik va’Rin is the lord of an ancient noble house and used to getting what he wants. So when he sees the strange, delicate human known as Milly, he decides he wants her. And he’ll do anything to have her, reputation be damned.

When She's Bold
Lucy doesn't really need a husband. She just wants one. Rektar is patient, and gentle for all his hulking form. He’d be a great husband. He’s also completely clueless that she's flirting with him, so it's time to be a little more...obvious.

*** This is a compilation of four previously published novellas in the Risdaverse series. It contains no new stories.
more
Amazon Other stores
Bookmark  Rate: