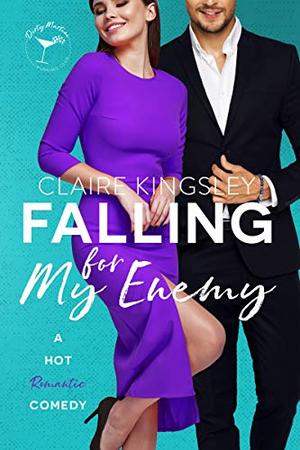 “I thought if I could crack the code to falling in love, maybe someday it would work for me.”

Corban Nash is a self-proclaimed data nerd with a sexy half smile and a set of abs that leave girls drooling. He developed a theory he claims will make two people fall in love. And after numerous tests on friends and family, it’s been successful for everyone who’s tried it.

The problem is, it’s never worked on him. And he doesn’t know why.

Still, he’s determined to prove his theory. The only thing standing in his way? His nemesis, Hazel Kiegen.

Hazel refuses to be distracted Corban’s adorable awkwardness or his temptingly muscular body. He claims to have cracked the code to falling in love, and she’s going to prove him wrong.

From the moment these two rivals meet, their chemistry is irresistible. And what’s wrong with a little sex between enemies? But when they put Corban’s theory to the test for themselves, the results are deliciously unexpected.

Author’s note: Stand-alone romcom featuring a sexy nerd with a great big... heart. Tons of tension and witty banter. Super hot frenemies with benefits. Badass lady friendships with a widening circle of trust. And a romantic HEA that will leave you swooning.
more
Bookmark Rate Book
Amazon Other stores

Similar books to 'Falling for My Enemy'

Buy 'Falling for My Enemy' from the following stores: