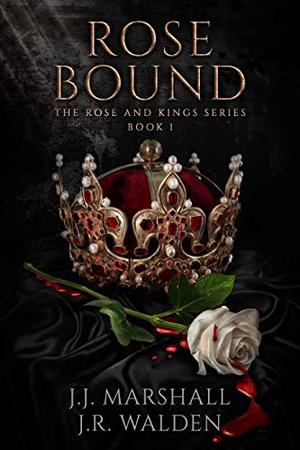 Ousted for being a human sympathizer, Prince Gavin has found himself in the belly of the Underground, a world where ghouls rule and werewolves fight to the death.

After learning of his parent's murder, Gavin is called upon to endure the Rose Bound ceremony and claim his covens throne with a wife.

Forces are rallying against him, some closer to home than he anticipates. Finding a murderer, leading a coup and himself, proves to be a journey that will change his kingdom forever.

But, when Gavin's soulmate goes missing, none of that matters. Nothing will stand in his way to find her, not even his own demons.
more
Amazon Other stores
Bookmark  Rate:

'Rose Bound: The Rose and King series Book 1' is tagged as:

Buy 'Rose Bound: The Rose and King series Book 1' from the following stores: