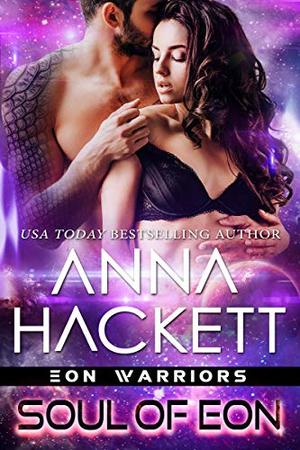 The last thing she expects is an instant mating with a handsome alien warrior…just before they are abducted by the deadly Kantos.

Commander Kaira Chand of the Australian Air Force knows the meaning of loss. She lost both her beloved husband and her father over recent years, and she vows never to let a man close again. As head of security for a secret weapons facility in the Australian desert, she’s fighting to protect the scientists working to defend Earth from invasion. That includes working with their allies, the Eon Warriors. What she never expected in her wildest dreams was to find herself instantly mated to a handsome, silver fox alien warrior.

Medical Commander Thane Kann-Eon lives to heal. He’s dedicated to keeping his crew aboard the warship, the Rengard, whole and healthy. Unlike his fellow warriors, he knows he’ll never mate. There hasn’t been a mating in his family for generations. Then a petite Terran commander changes everything. He’s instantly drawn to Kaira, and as soon as their hands touch, he’s stunned by the deluge of emotion that crashes over him. An unheard-of instant mating.

In the midst of their shocking connection, Kaira and Thane find themselves abducted by a Kantos strike team. Taken aboard a battlecruiser, they soon realize the insectoid aliens nabbed the wrong couple, and they are marked for execution. Now they face a wild race for survival that will take them to a distant, deadly world. They’ll both struggle with their raw, intense mating bond, against the backdrop of a Kantos proving ground where everything is out to kill them.

**Each book in this action-packed science fiction romance series can be read as a standalone.
more
Amazon Other stores
Bookmark  Rate:

'Soul of Eon' is tagged as:

Similar books to 'Soul of Eon'

Buy 'Soul of Eon' from the following stores: