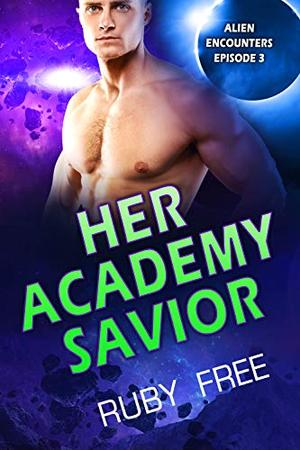 Falling in love was never in her plans.

Erin’s big alien cadet is more than what meets the eye. Caleb’s an enemy. He’s dangerous. But he might just be the one person she should trust.

Someone at the academy wants her dead. Someone will hurt Caleb to get to her.

Every instinct inside of Erin says to forget all about the sexy alien, but what if he won’t let her? The connection between them goes deeper than she could ever imagine, yet the price to keep her safe might be more than either of them could imagine.

Note: This is episode three in the Alien Encounters series. Every week a new episode will be releasing, just like an episode of a television show. These stories are short, hot, and will keep you turning the page! (These stories have been previously released.)
more
Amazon Other stores
Bookmark Rate Book

Similar books to 'Her Academy Savior: A Scifi Romance'

More books like 'Her Academy Savior: A Scifi Romance'   ❯

All books by Ruby Free  ❯

Buy 'Her Academy Savior: A Scifi Romance' from the following stores: