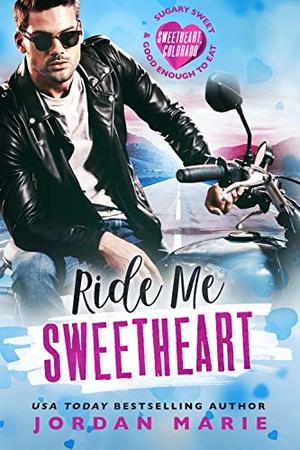 As the Vice President of the Chrome Saints MC, “Keys” Valor is a complete cynic.
Nothing could surprise him.

He’s seen the absolute worst in people.
But he’s never seen the likes of Finley Akers.

She’s sassy and sweet, with a body that makes every single part of him stand at attention.

In his world women only have one use.
And he sure wouldn’t mind taking Finley for a ride, but that’s it.

The problem is, she doesn’t fall for his charm.
Instead, she gives him hell every time she gets a chance.

Too bad that just turns him on more.

If she keeps it up, Keys might just keep her…
Forever.
more
Amazon Other stores
Bookmark  Rate:

'Ride Me Sweetheart (Sweetheart, Colorado)' is tagged as:

Buy 'Ride Me Sweetheart (Sweetheart, Colorado)' from the following stores: