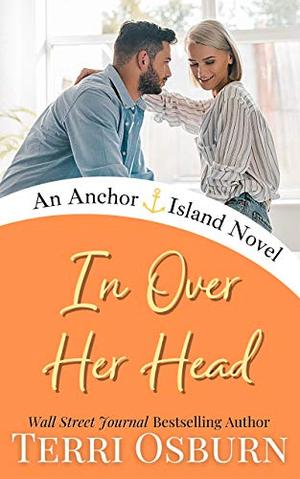 Love is on the menu when two chefs heat up the kitchen—and each other—in this newest addition to the Anchor Island series.

Chef Lauren Riley has one philosophy—never depend on anyone. A loner and a perfectionist, she’s on Anchor Island to turn Pilar’s into the best restaurant in the Outer Banks, not to make friends. But despite her cold demeanor, the locals refuse to take the hint, and she soon learns the meaning of a found family.

Nick Stamatis did his time in fancy kitchens but his laid-back life as head cook of Dempsey's Bar & Grill, the most popular eatery on Anchor island, suits him just fine. Despite his playboy reputation, he’s a family man at heart. But if family history repeats, he isn't likely to live long enough to have one of his own.

When Nick sticks his nose into Lauren’s business, she tells him exactly where to go, but it isn't long before the realization dawns—she needs his help. As he teaches her the ropes of running her own kitchen, sparks ignite, and soon they’re stirring up more than either expected.

Can two people who have sworn off love really make it work? Or will Lauren’s past, and Nick’s unknown future, keep this cautious couple from finding their happily ever after?
more
Bookmark Rate Book
Amazon Other stores

Similar books to 'In Over Her Head: An Anchor Island Novel'

More books like 'In Over Her Head: An Anchor Island Novel'   ❯

Buy 'In Over Her Head: An Anchor Island Novel' from the following stores: