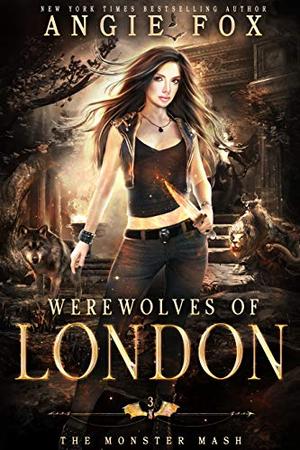 In The Heat Of Battle

The hard-won cease-fire between the battling immortals doesn’t last long. In the blink of an eye, human surgeon Dr. Petra Robichaud is back on the frontlines, and starring in yet another of the oracle’s prophesies. As the only healer who can talk to the dead, Petra doesn’t have much choice about her role—even when her breathtaking ex-lover shows up at exactly the wrong time…

Petra may have moved on when Commander Galen left her, but she never forgot him—and the passionate moments they shared. Seeing him again is a distraction she really doesn’t need with both armies honing new weapons, and wounded all over her M*A*S*H unit. But how can she resist him? It’s now or never for the demi-god Galen to become Petra’s mate…but with the fate of humanity at stake, will their desire be worth the cost?
more
Amazon Other stores
Bookmark  Rate:

'Werewolves of London: A dead funny romantic comedy' is tagged as:

Buy 'Werewolves of London: A dead funny romantic comedy' from the following stores: