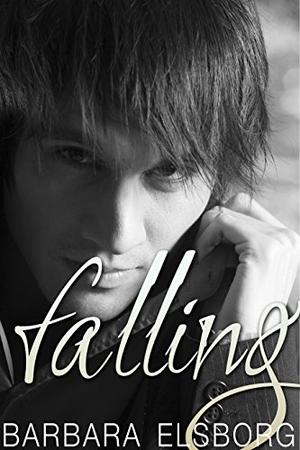 Falling is easy. Landing without breaking your heart? Impossible.

Harper is no longer behind bars, but it doesn’t feel like it. Ten years serving time for a crime he didn’t commit have left him shut down, numb, and a frozen wreck over the simplest of choices. He’s acutely aware of the dark-haired young man checking him out in the supermarket, but he’s too deep in panic mode to even meet the guy’s gaze. Afraid the slightest move will trigger a fall that will never stop.

Fresh off a long-term relationship with a controlling man, Malachi is stuck living with relatives who think he’s a waste of oxygen. The tall guy in the long, grey coat is the first bright spot he’s glimpsed in a long time...though the man’s unblinking stare at a bottle of shower gel is a touch alarming.

Hard experience tells both of them to turn away before lust turns to hopeless attraction, and inevitably to disaster. But once their sparks connect, the arc of electricity is too strong to deny. Even if the cost is too much to bear.

Warning: Contains an ex-con with disaster written all over him, a boy toy who’s trouble with a capital T, a damp old British house, compulsive meddling, and enough hot sex to cure the severe case of nervous babbling.

The 'Fall or Break' series

All books by Barbara Elsborg  ❯

Buy 'Falling: Book 1 - Fall and Break' from the following stores: