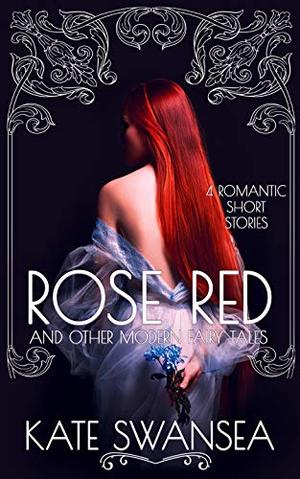 A touch of steam meets a whiff of magic in four modern-day, romantic short stories reimagined from the pages of the lesser-known fairy tales. Stories include:
Rose Red: Rose has sworn off men so she can focus on her ailing retail business, but when she begins to receive death threats, a mysterious stranger, Matthew, may be her only hope of survival. But as their romance heats up, Matthew becomes caught between his desire for revenge and his desire for Rose. (Inspired by Snow White and Rose Red)
The Ogress's Daughter: Broke medical student Brendan Prince will do almost anything to get cheap rent, but when a fraternity prank lands him in hot water, he will be tasked with completing three seemingly impossible tasks in order to evade expulsion. After enlisting help from the dean's reclusive but beautiful daughter, Phoebe, his feelings for her grow, but Brendan knows Phoebe's mother will never accept their love. (Inspired by The Dove)
Priscilla and the Pea: When a car accident derails Priscilla's plans to attend a critical job interview, she is stranded at a Napa Valley vineyard. She will use her mysterious powers to help the owners troubleshoot a problem wine. But as the womanizing owner, Nolan, takes an interest in her while his mother suspects she's a fake, Priscilla must decide between two risky paths to determine where she truly belongs. (Inspired by The Princess and the Pea)
Three Hairs from the Devil: Nick has always been unusually lucky, but when he meets the beautiful Vanessa, his luck may have finally run out. Her ruthless father will stop at nothing to tear them apart, but Nick is prepared to go even further.
(Inspired by The Devil with the Three Golden Hairs)
Each story is 13,000-18,000 words in length.
more
Amazon Other stores
Bookmark Rate Book

Similar books to 'Rose Red and Other Modern Fairy Tales'

Buy 'Rose Red and Other Modern Fairy Tales' from the following stores: