Northern Protector (Heroes of the Tundra #2) 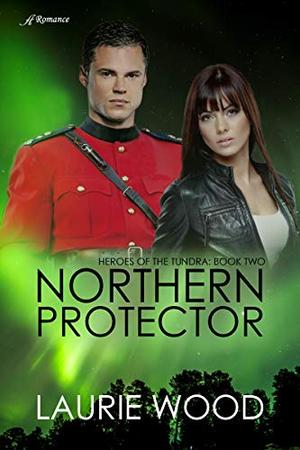 Constable Ben Koper is still healing from the bear attack that almost killed him. Nine months after it happened, he returns to Churchill, Manitoba, a changed man—scarred more than just physically. PTSD is his new shadow, haunting his every step, and he can't seem to kick the pain meds he shouldn't need anymore. He’s determined to prove, to himself and his colleagues, that he’s still up to his job. Failure isn’t an option.

ER nurse Joy Gallagher spent the entire last winter texting with a healing Constable Koper. What started as friendly concern from this single mother has grown into full-fledged romantic feelings, and she’s eager to level up their friendship and introduce him to the idyllic comfort of small-town life. Until a teenager is murdered at a summer party. The crime is strikingly similar to the cold case murder of Joy’s foster sister, stirring old trauma Joy has never fully dealt with.

When another victim is snatched in town, Ben and Joy must confront their own demons, and join forces to track down an elusive killer. The race to rescue the next victim before it’s too late will test Ben and Joy to their limits. Can they survive their encounter with this heinous killer, or will the past destroy them.?
more
Amazon Other stores
Bookmark Rate Book

The 'Heroes of the Tundra' series

All books by Laurie Wood  ❯